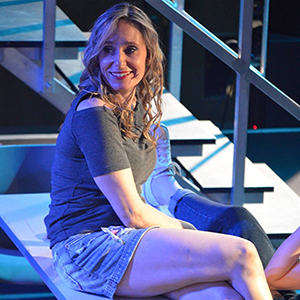 As a fully qualified Drama teacher and Theatre practitioner my passion for the arts saw the beginning of Company A Theatre a Youth Theatre Company in 2006. Over the years the company has had many successful performances from known scripted to devised original plays.
In April 2015 the company expanded offering weekly Skills classes that provide a better understanding of the craft, encourage creativity and develop confidence as a performer. It was also in 2015 that CAT launched Company A Musical Theatre, kick starting our 10th Anniversary year with Joseph And The Amazing Technicolor Dreamcoat.

We have since staged many musical productions such as Copacabana, The Wizard of OZ, Annie and our latest musical in May 2022, Bugsy Malone.

With lots more classes on the horizon, this is an exciting time to be a part of the CAT family.